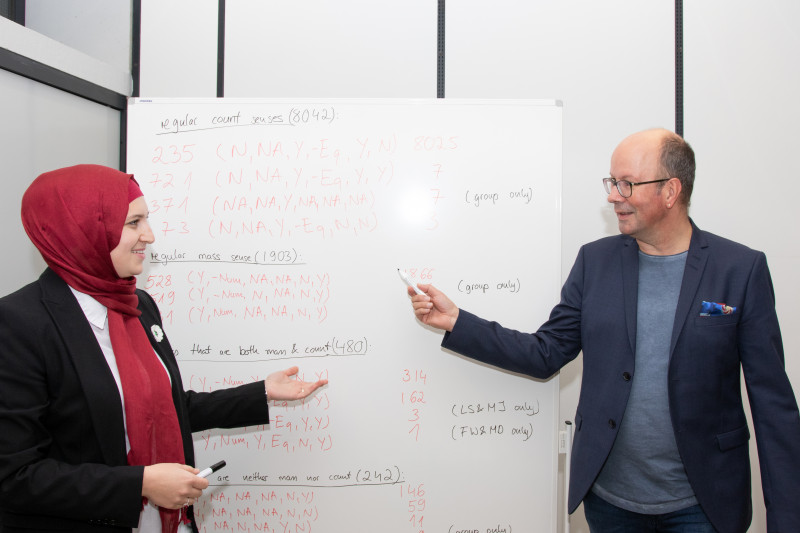 The vast majority of known languages seems to provide ways to express a difference between count and mass terms. Regarding the English language (and many others), these differences are embodied in two different morphological subclasses.
Notable distinguishing features include pluralisation as well as the restriction of certain articles and quantifiers to one of the two subclasses.

John owns three cars. vs. John owns three waters.
Each car has wheels. *vs. *Each air has gasses.
A car is a vehicle. vs. A water is necessary for life.*

Through the lense of linguistics

Many approaches have addressed the count or mass classification of a certain noun as based on ontological or semantic features.
When this phenomenon is seen as a grammatical restriction in the language, it is natural to make it become a syntactic rule based on denotation and ontological criteria, as done in grammars like Duden, Quirk et al, Huddleston/Pullum, and others.
However, this approach has also seen difficult challenges regarding the fact that words that seem to denote the very same type of “ontological item” can be count or mass. An example is the different countability class of onion (Allium cepa) and garlic (Allium sativum). Both are subspecies of the same category of plants (Allium) and thus very similar on an ontological basis. Nevertheless, onions are countable and garlic is not.
Also, translations of the same word can differ in their count/mass status. One example is “lightning” (mass) and the German counterpart “Blitz” (count).
Another problem is the existence of “universal grinders” and “universal packagers” that can change an object's countability class.

An additional issue that is well known (at least since Allan (1980)) is the idea that the distinction between mass and count might not actually be binary. Allan develops eight classes, the empirical analysis carried out in BECL contains at least four major classes.
The binary problem is closely linked to the second issue which is based
on polysemy. Various nouns are known to possess different senses that are based on different countability classes:

Bernadette: Oh, right. Did you get your hair cut?
Raj: No. I got them all cut.
Bernadette: Which is still so funny.
(transcript from CBS The Big Bang Theory, S04E09 The Boyfriend Complexity)

So: what will work? Has there been some unappreciated presupposition made here that should be uncovered?
Furthermore, we wish to study the following issues:

The results of the study are publicly available (Download)